Chelsea and Man United are ready to go toe to toe for the signing of Atletico Madrid star Antoine Griezmann, next summer.

Despite clinching the world-record signing of Paul Pogba this summer, it seems that Manchester United, have no intentions of slowing down, in their bid to once again become the best team in Europe.

It’s understood that the United hierarchy have already earmarked the 25-year-old, is a long-term target for Manchester United as a replacement for stalwart and captain Wayne Rooney.

According to The Telegraph, United, will face strong competition for Griezmann, not least from Chelsea who are big admirers of the striker and could be prepared to break the bank to get him. 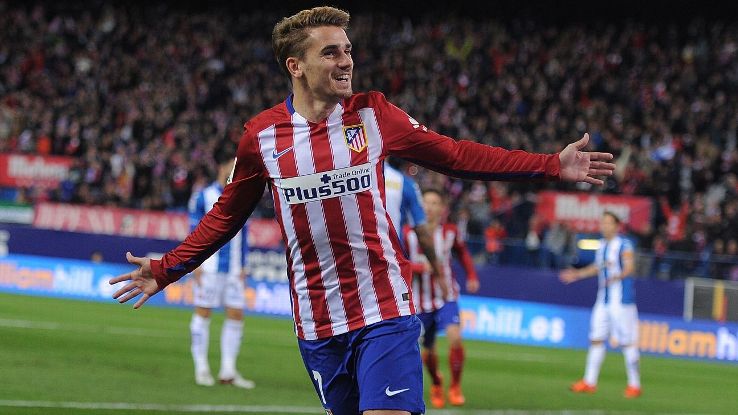 The French star currently has a £84m realease clause in his contract, which both sides are reportedly willing to buy-out should it get to that stage.

It’s understood that whilst Antoine Griezmann is currently happy in Spain, the future of manager Diego Simeone, would cause the striker to consider his options, with the Madrid boss reportedly looking for a new challenge at the end of the season.